Tam and Yamyang Narang come off as a couple that has been in love since the first time they laid their eyes on each other decades ago. There are no overt displays of affection (as is usually the case with tribal marriages) or any grand verbal declarations of love. But as you sit with them in their kitchen sipping on the rice brew, O, from bamboo mugs as the fire from the hearth burns slowly, warming the cool summer night at their home-stay in Hong village at Ziro in India’s north-eastern state of Arunachal Pradesh, one feels the same kind of love emanating from the wooden walls with which it must have been erected.

Bespectacled and sporting a ‘semi-French beard’, Mr Narang says that he doesn’t remember when exactly they had opened their homes to let strangers in and live with them.

“It was in November 2002,” interjects Mrs Narang as she sits on a moora by the fire preparing rice in a large steel pot for fermentation that would be used to make some more beer.

My hosts, Tam and Yamyang Narang.

Mr Narang says that the couple hadn’t initially intended to turn their home into a home-stay and that their intention was to spread awareness about cleanliness in the area and promote their Apatani culture.

He says that for the first five years they did not even charge their “clients” and served three meals a day. That has now been reduced to two to allow tourists to take in the sights and they now charge Rs 1000 per night per person.

Mrs Narang says that the first batch of foreigners slept by the fire and that their tour guide was the one who bought quilts for them. The Tam Yamyang Home Stay now has quilts, beds and two rooms to house four people with the additional option of sleeping by the fire in the main house.

She tells me that she’s seen a rise in the number of Indian tourists visiting the valley after the Ziro Festival of Music began a few years back.

Indeed, ever since the festival began, Ziro has shot into most travellers’ checklist globally. At least over three thousand people make the annual pilgrimage to watch independent acts perform even if they have never heard of them ever before and most likely won’t after. But that doesn’t stop the festival faithful from flocking (this writer included), come rain or shine. And while the festival organisers appear to be doing well each year, the most obvious beneficiaries have been those in the hospitality sector.

The hearty hearth. There’s a cat there.

Every hotel in the valley has almost full occupancy during the festival week and the increased visibility of Ziro has encouraged entrepreneurs to invest in the sector. New hotels are being built all across the valley, each promising patrons the best view Ziro has to offer.

Over the years, home-stays too have increased significantly as more and more tourists seek out the Apatani way of life wishing to live with, and as, the locals.

There are currently 24 home-stays registered in the valley and more are likely to come up. Each of them offers their own unique experiences but the Narangs’ are probably the most authentic.

“Hum loka local style home-stay hain,” Mrs Narang had told me unapologetically when I had arrived in a form of pidgin Hindi used as a language of communication in the state. 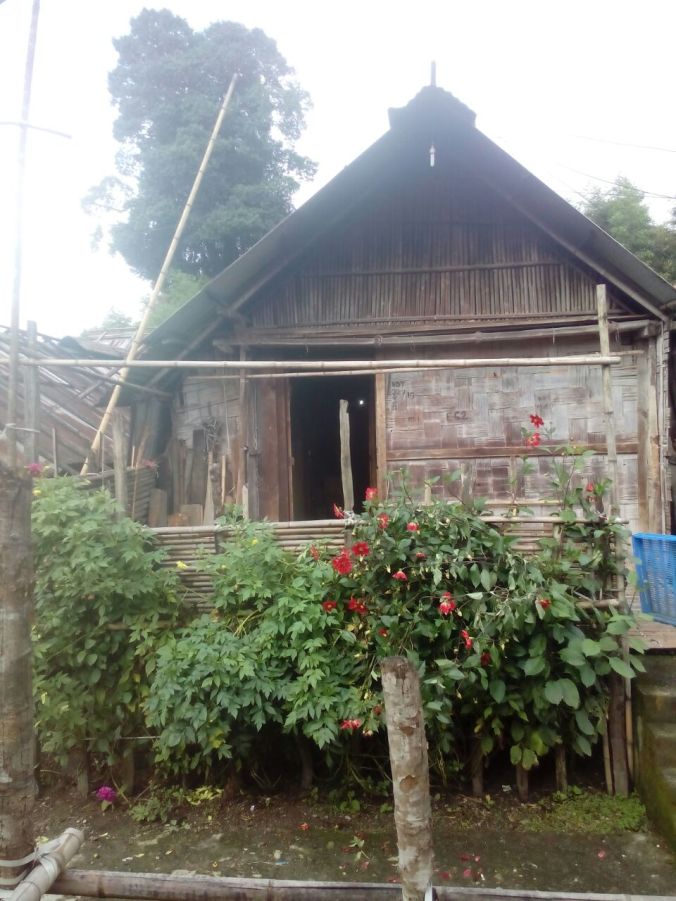 Unlike many of the newer home-stays that resemble fancy lodges, the Narang home-stay is more rustic, authentic even. But that is not to say that the others are any less good. Some visitors will invariably want certain luxuries like running water and comfortable couches to watch TV from and will prefer the newer options. And those options have grown exponentially over the years, much thanks to the Festival. However, as much as a success Ziro Festival of Music has been, it still has its critics in the Valley.

I was to meet one of those critics who runs one of the newer homes-stay but had to skip as I had to rush back. We did cross paths on the road and exchanged pleasantries but I did not get the opportunity to see his place. I was also told that he is one of the most vocal critics of the Festival and the apparent culture it promotes.

The common (mis)conception surrounding the Festival is that patrons indulge in all nature of nefarious activities ranging from debauchery to narcotics in all forms.

Having visited the festival for the past three editions, that isn’t exactly a misconception. However, anyone familiar with the festival circuit knows that such things do happen. (Not that it makes it right in any manner.)

Even Mr Narang (who has never visited the festival because he is “against these rock acts that have no discipline”) holds the view that there is perhaps too much happening at the festival.

“Arunachal and our youth are in transition and we do have a problem of alcohol and bhaang (opium, but I suspect he meant marijuana),” he says, looking genuinely concerned.

In recent years the organisers have tried to address these issues by putting up signs and making announcements asking patrons to refrain from indulging in drugs. (In all honesty, though, anyone who has ever attended a festival knows that such signs are really a mere formality.) But to maintain a constant vigil in a large open field is no mean task. If drug consumption during the festival is an issue, it will need the co-operation from local residents.

Until then, of course, many more doors of the people are likely to open up once the Festival fever kicks in.

The Ziro Festival of Music will be held this year from September 28 to October 1. Check the official website for information relating to the Fest. ZFM Facebook page.

Remember that even Indian citizens from other states require special permits to enter Arunachal Pradesh. Permits can be applied for online here.

Disclosure: A version of this article was first published in the 2017 Souvenir published on the occasion of Golden Jubilee Dree Festival. The trip was paid for by the Dree Festival Committee.