Unsure about his age, Abdul Monan says he is around 45 or 48.

Grey-haired and bearded, the cycle-rickshaw puller’s appearance belies his assumed age. He is among the last lot of surviving cycle rickshaw-pullers in Arunachal Pradesh’s capital.

In the hilly terrains of the state in India’s northeast region, rickshaws that operate on muscle power rather than horsepower do not make much sense. Even so, such rickshaws have been a defining the character of Naharlagun, the old capital of the state which is now considered the other half of the state capital Itanagar.

Earlier, the rickshaws could be seen plying across the town, they have now been restricted to the 2km stretch between the Hathi Matha and Pachin areas.

Long since the heyday of the rickshaws in Naharlagun, only 15 now remain. The administration has on several occasions in the past tried to phase out the rickshaws.

Arif Ali, originally from Lakhimpur district in Assam, has been a rickshaw-puller for more than 15 years. He earns anything between Rs 200 and Rs 250 on most days, especially in the summer months. 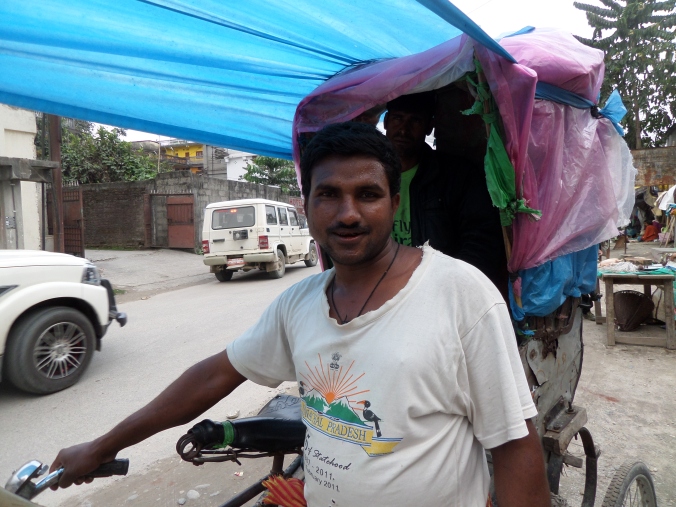 Arif Ali has been a rickshaw puller for over 15 years.

“During winter, most people walk,” he says, and so business usually is good on warmer sunny days. Arif adds that “it’s difficult to make an earning because most people have their own cars.” Apart from the house rent that he has to pay, his earnings also go towards paying Rs 100 as the road tax each month. He also pays Rs 900 as rent to the owner of the rickshaw.

Arif and all the other rickshaw-pullers all happen to be  migrant Muslim men from neighbouring Assam who came to Itanagar for a better life.

Shomuir Ali, also from neighbouring Assam, said very few of the rickshaw-pullers actually own their vehicle. “Maybe some of the older ones do,” he says.

A total of 15 rickshaws now remain.

While Arif had been plying rickshaws for over a decade, Abdul had been doing this for a living only for the past two years.

Earlier, he worked as a manual labourer before switching over to pulling the rickshaw. The Rs 8,000 that he earns each month is used in paying rent for his rickshaw (Rs 1,000), house (Rs 1,200) and the school fees of his two sons who are in class I and IX. “My two daughters study the Koran,” he said before whisking off to Pachin with a passenger as the dusk set in.

A version of this story appeared in The Telegraph:

4 thoughts on “Last of the rickshawallahs”